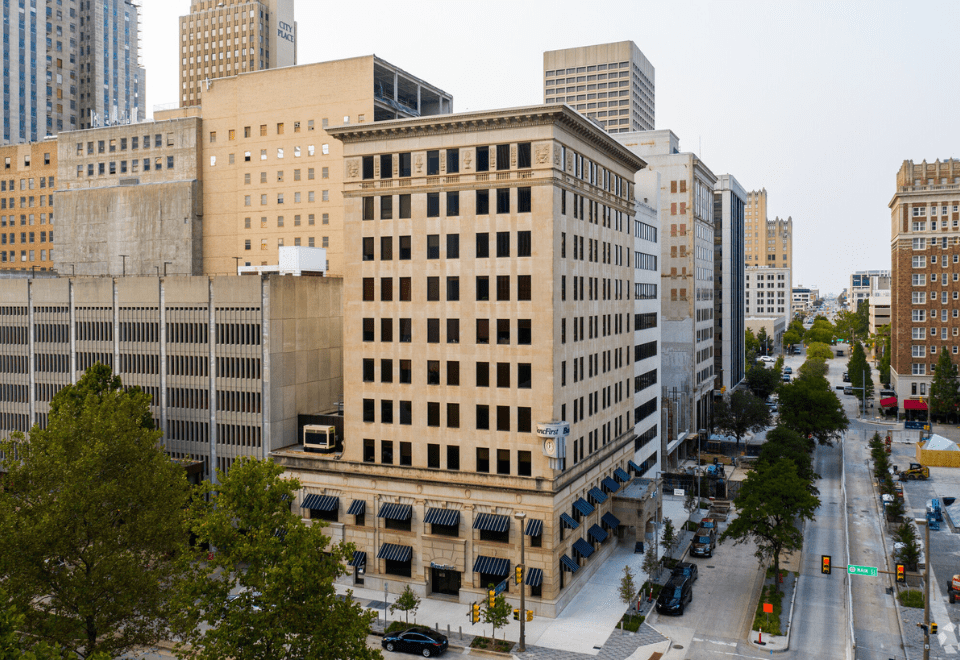 RT Development, LLC paid BancFirst Corporation $6,000,000 for a 106,053 square foot office property at 101 N Broadway, Oklahoma City. Constructed in 1921 as the Tradesmen’s National Bank Building, the building was the first air-conditioned building in Oklahoma City. The building was purchased by BancFirst in 1994 and served as its headquarters until 2021 when the bank completed its relocation across the street to 100 N. Broadway to satisfy continued growth needs. 101 N. Broadway stands as one of the few survivors to a glorious period of Oklahoma City’s history and its acquisition assures its role in the future of downtown. RT Development has plans to convert the building into approximately 135 apartment units of various sizes. Craig Tucker, Tre Dupuy, and Ian Self represented the seller in the transaction.

Harris Mink Farm Inc. paid $3,000,000 for a fully leased medical building located at 9300 N. Kelly. Built in 2018, this Class A building sits on the hard corner and is within the Tower Lakes Office Park. Derek James handled the transaction.

RW Timms Investments paid Super Properties III, LLC $2,750,000 for a 35,040 square foot industrial property (4 acres) Hugg and Hall at 4700 N Bryant Ave, Oklahoma City.  Danny Rivera and Andrew Holder  handled the transaction. This property was purchased as an investment and is currently on the market for lease.

BCE-Mach, LLC a partnership of Oklahoma City based Mach Resources and Bayou City Energy, a private equity firm headquartered in Houston leased nearly 49,000 square feet of office space at the Wireless Way project at 14101 and 14201 Wireless Way. The company will occupy space in both buildings. Since its formation in 2018, BCE-Mach has accumulated an acreage position consisting of approximately 700,000 net acres, primarily in the STACK energy province in west central Oklahoma. Craig Tucker handled the transaction on behalf of the landlord, Dobson Parkway, LLC.

Mammoth Energy Partners LLC renewed 35,446 square feet of office space in the Caliber South Building located at 14201 Caliber Dr, Oklahoma City. The Commissioners of the Land Office purchased both the 14201 and 14301 Caliber Buildings in June of 2021. Immediately following closing, the new owners began renovations and mechanical upgrades to both buildings, creating a desirable office solution along the memorial corridor. Tre Dupuy and Ian Self handled the transaction.