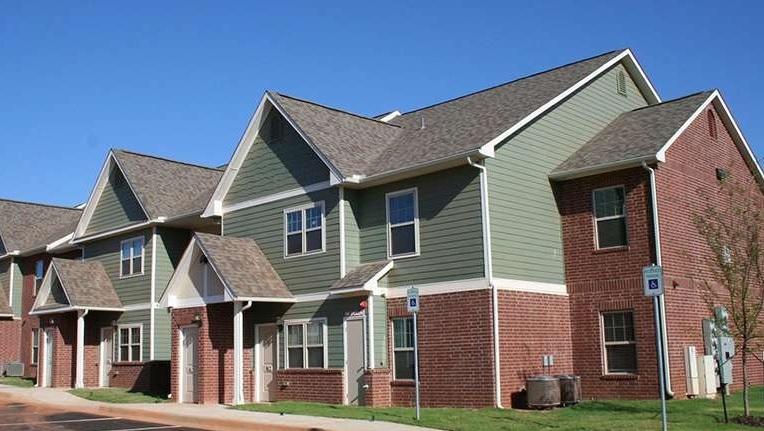 Price Edwards & Company's Multifamily Investment Team announced the sale of Cross Timbers Apartments. Cross Timbers is a 150-unit apartment community built in 2015 and located in the highly acclaimed Moore school district, surrounded by robust retail and residential growth. The $16,125,000 transaction was completed between local sellers and local buyers, with the local buyers planning to continue operations while completing selective upgrades throughout the property.

The Santa Fe garage, located at 2 Santa Fe Plaza in downtown OKC, sold to SFPG, LLC, owned by Continental Resources, Inc. and BFTower, LLC an affiliate of BancFirst. The sales price was $22,500,000. BFTower, LLC purchased the adjacent 36-story office tower immediately west of the garage earlier in the year from the estate of James Cotter. Continental purchased its corporate headquarters, just south of the garage, at 20 North Broadway Avenue.

The sale required approval from the Central Oklahoma Transportation and Parking Authority (COTPA) as well as the City Council of Oklahoma City. Ultimately, both entities viewed the transaction as a way for downtown OKC to secure the long-term headquarters for two well established corporate citizens which employ thousands of people, and also assure a high-quality redevelopment by BancFirst of the 500,000 square foot tower which had fallen into a severe state of disrepair.

Scissortail West Park land has been sold to Strawberry Fields, LLC for $1,742,000 or $55.54/SF. Hilltop Plaza, LLC was the seller of the .72 acre parcel. This parcel adjoined a previous transaction that sold in May of 2018. Strawberry Fields now controls 1.12 Acres fronting S. Walker Avenue between SW 6th and SW 7th Street.

The Morrison Group has leased 93,253 square feet of industrial warehouse space located at 3400 S. Kelly in Edmond.  Since 1991 The Morrison Group has helped the convenience store industry with the creative process of designing and distributing branded goods to its stores. It intends to utilize the space as its office, design and distribution headquarters. Chris Roberts of Price Edwards & Company handled the transaction.

Ackerman McQueen, Inc. recently signed leases for approximately 60,000 square feet at two nearby buildings in the Midtown/Automobile Alley district of Oklahoma City. The larger of the two leases comprises approximately 44,000 square feet at the Monarch Building which is being constructed at 1133 N. Robinson. The 4-story Monarch will be completed by mid-year 2019. Ackerman McQueen will occupy the top three floors as well as the first-floor lobby area of the Class A building. The firm also leased a building at 33 Broadway Circle which is just a few steps to the east of the Monarch. The two-story 16,000 square foot building will house the firm’s production facilities which include a sound stage and the Golden Voice recording studio.

Ackerman McQueen was founded in 1939 and is Oklahoma’s largest advertising and media company. The firm also has offices in Dallas, Colorado Springs, and Washington D.C. The firm has been in its current location in northwest Oklahoma City for 35 years.

Craig Tucker of Price Edwards & Company represented Ackerman & McQueen in lease negotiations with the buildings' owners, both of which are affiliated entities of Midtown Renaissance.

The Haskell Company leased 27,597 square feet at Quail Springs Parkway Plaza. The architectural and engineering firm is headquartered in Jacksonville, Florida and is the parent company of the Benham Group in Oklahoma City. Founded in Oklahoma City over 100 years ago, Benham has occupied space at the One Benham Place building for the past 35 years. Over 100 employees will make the move to Quail Springs this spring.