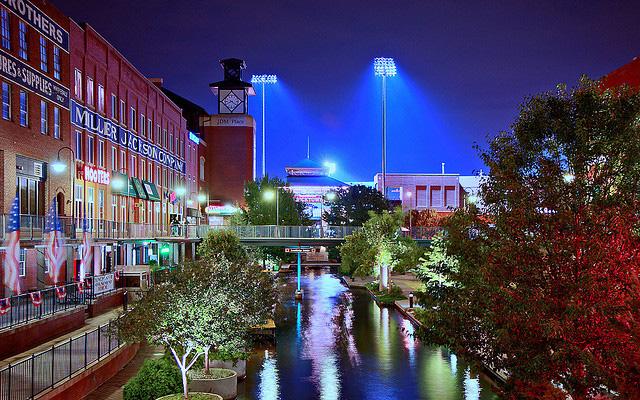 Lifestyle Center to Oklahoma City…Why Not?

Why doesn’t Oklahoma City have a lifestyle center?  In  our mid-year market survey, we included the following:

Who probably isn’t coming anytime soon?  Let’s put Ikea at the top of this list.  Crate & Barrel, Lifetime Fitness, Nordstrom, and pretty much any tenant from Italy or France.  Oklahoma City’s problem attracting these higher end tenants comes down to demographics; we do not have the incomes or density they require.  So it will be a while before we see most of them.  Having said that, we firmly believe that Oklahoma City could support a more upscale shopping center; we have the incomes equal to or greater than many of our competitive cities, our challenge being that our higher income households tend to be scattered throughout the city.  It will take a developer and retailers who understand that we’ll drive further and spend more than their typical formulas suggest.  If Wichita and Little Rock have lifestyle centers, why not us?

The definition of lifestyle center varies depending on who you are talking with; the ICSC doesn’t even include a definition among its general retail classifications.  For our purposes, let’s call a lifestyle center a project with higher end retail, restaurants, and perhaps mixed use characterized by open-air design, heavily landscaped common areas and pedestrian friendly.  None exist in Oklahoma City, but, as we pointed out, both Wichita and Little Rock have such centers.  Follow this link to Bradley Fair in north Wichita.  Look at the pictures, notice the mix of tenants….I thought you’d like it.  Now go to chenalshopping.com.  Red Development completed this project in Little Rock a few years ago, nice!

The population of the greater metro areas of Oklahoma City, Wichita and Little Rock are 1.3 million, 660,000, and 710,000 respectively.  Retailers crave income…each metro area has a median household income of between $40-42,000.  What about high incomes that are important to this kind of development?  Incomes over $100,000:  OKC, 8.7%; Wichita, 8.7%; Little Rock, 11.4%.    Little Rock has a bit of an edge in high incomes, but if you look at the actual numbers, Oklahoma City has twice as many high wage earners at Wichita and a third more than Little Rock.   These numbers clearly suggest that we can support a similar development.

As referenced in the market study, our high wage earners are more widely dispersed (or, conversely, Wichita and Little Rock have a higher concentration) which is a driving factor as to why Oklahoma City does not have one.  It also hurts us that there is no large commercial developer located here; these types of developments are expensive and require a developer to have close ties to retailers and access to capital.  Perhaps the most significant issue is the economics of lifestyle centers in general since the downturn.  The anchors of these types of centers generally demand and get sweet deals; the developer makes up the difference on higher small shop rent and pad sales.  As the anchor deals have gotten sweeter, the centers have had to get bigger.  Add to that dynamic the pull-back by many national retailers over the last four years and the economics of getting a deal done is very hard.

But, with retail in general getting healthy and Oklahoma City looking better than the rest of the country, now is the time for developers and retailers to be engaged here.  They’ll need some help looking beyond their traditional models – our shoppers have proven that they’ll drive further for the right development; and, our low cost of living gives Oklahoma City consumers more disposable income than our demographics suggest.  Come on Red, Cordish, Poag….welcome to Oklahoma City! 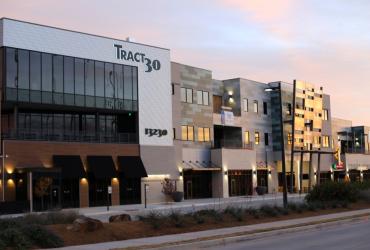